Saturday Jan. 27th, turned out to be quite the ordeal for a large number of PC users.

Malwarebytes pushed out a protection update that caused connection issues. Amongst problems with the web protection aspect, Malwarebytes caused a huge spike in memory usage, so much so the computers crashed.

I am personally a premium user of MBAM, and felt this thing hard. My computer started randomly spiking and crashing and kept on doing so for a couple of hours. I managed to finally get MBAM uninstalled and re-installed and I guess that happened around the time MBAM pushed out another protection update, which resolved the issue.
END_OF_DOCUMENT_TOKEN_TO_BE_REPLACED

Good afternoon (or morning) and a very Happy New Year! 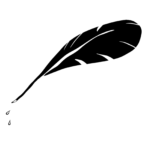 Here’s what I’ve been up to the last few days. I dug out my Wacom tablet and have been practicing drawing again, which I’ve always wanted to learn and be proficient doing. This quill was just something I threw together while doodling… I only wish I had the mental “stamina” to keep drawing, instead of opting to watch videos, streams and what-not… Laziness I guess… 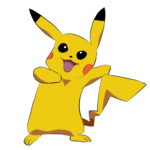 The first couple of days back drawing, I spent with Pokémon. They’re fun to draw and also somewhat simple in their design (at least some of them).

As far as content creation (YouTube) and streaming (twitch), I’ve been dormant for a very long time, but I’m planning on making a return shortly. This week I purchased an Elgato Stream Deck Controller and have been playing with that as well. Man, that thing is a game changer! One thing I need to update before I can make a decent video, is lighting. I’m looking to LED lights, but I won’t purchase video lights. Something else though.

Once the lights are in house, I’ll try to make a video on the deck because it’s just that great. I’ve been creating profiles and scenes in OBS Studio, getting ready to make some content again! HellYeah!!

A weekend where I actually played some poker!! Who would have guessed. These days I’m focusing on playing Sit ‘n Go’s on PokerStars as well as quite a few Spin and Go’s. As written, hyper is new to me, but I sure do like them.

I have an account on PartyPoker as well, but I’ve never deposited there, I only got one or two cash-to-play things. Mid week I got an email to opt in to a daily reward, unveil a card with a reward, a Caribbean Poker Party reward “game”. I’ve played every day since, revealing a new card each day at 13:00 CEST. Every day has revealed a $2.2 satellite entry, in which I’ve lost very early on. I think much of the reason for that is that I just haven’t taken them seriously! So today I revealed my, again, $2.2 satellite and got to work. One hour later, 25 of us got our entry to a $22 satellite. I planned on unregistering this to play at a later time, but the $2.2 finished just as the $22 started and my new table in the $22 opened automatically, Dang! Guess I have to play then.

After late registration, 84 players were in (some were already out) and that meant 15 entries to a semi-final worth $109, as well as $45 for 16th.
It took 1h 39m 15 minutes plain hand-for-hand, but I got my entry! This time I had time to unregister the satellite, because the prize in this one is a Day one qualifier seat! The ticket is good until 13-Aug ~09:30, so one day this coming week I’ll play a $109 satellite/tournament, which will be my biggest buyin to date.

Let’s hope I make it all the way to Day 1 of the Caribbean Poker Party ’17!

So.. I’m a low-volume, micro, to low stakes “grinder”. My passion this week has been 36 Players, Super-KO SnG’s on Pokerstars.
These are suuuper aggressive and being hyper-turbo (10BB starting stack), the whole thing is over usually 12-15 minutes, start to finish. Until I found these, I’ve not really liked the whole hyper-turbo thing, but this week has shown me a new path. I actually like the fast pace action.

Another thing I’ve done is update my setup. I’ve bought a 4 monitor stand (currently 3 set up) and I’ve upgraded my mic-stand, for use when I start streaming again. I’ve bought the domain: http://www.geirandersen.tv and that is linked directly to http://www.twitch.tv/geirandersen.

Tomorrow, Pokerstars MicroMillions (MM’s) start with a $5.50, $300k guaranteed event. I was thinking of playing a number of events this year and the upgrades are for streaming purposes.

I don’t know, I’ll play the MM’s for sure, but I’m not sure about the streaming part. I’d be streaming right now if it weren’t for the fact that I have a rubbish upload speed and there’s no way to get better connectivity out here. Down speed is OK but up… Nope. If only I could get a 50/50 line…

Here’s a video of 2 quick Spin & Go’s on PokerStars.

I have decided to start streaming poker & what’not on Twitch, as I enjoy watching others streams and want to stream myself. I have acquired all the equipment I need and some more, so I’m in fact ready to go. It’s a bit hard to pull the trigger for some reason, but I’ll get there. END_OF_DOCUMENT_TOKEN_TO_BE_REPLACED