So… For a very long time, I’ve been struggling with car trouble. I own a 2000 Toyota Corolla that hasn’t been on the road for over two years (it’s to be sold now). My daily driver has been a 2002 Toyota Yaris Verso that’s preformed well, but it won’t pass this years bi-annual inspection.

I’ve been thinking of getting a new car, but I guess I’ve been procrastinating 🙁 Finally, last Saturday I decided to go out and see what was available. Was at the dealer when they opened and less than an hour later, I was the proud owner of a “new” 2015 Toyota Rav4 (can you guess I like Toyota??) This thing is like driving a space ship compared to what I’m used to 😛 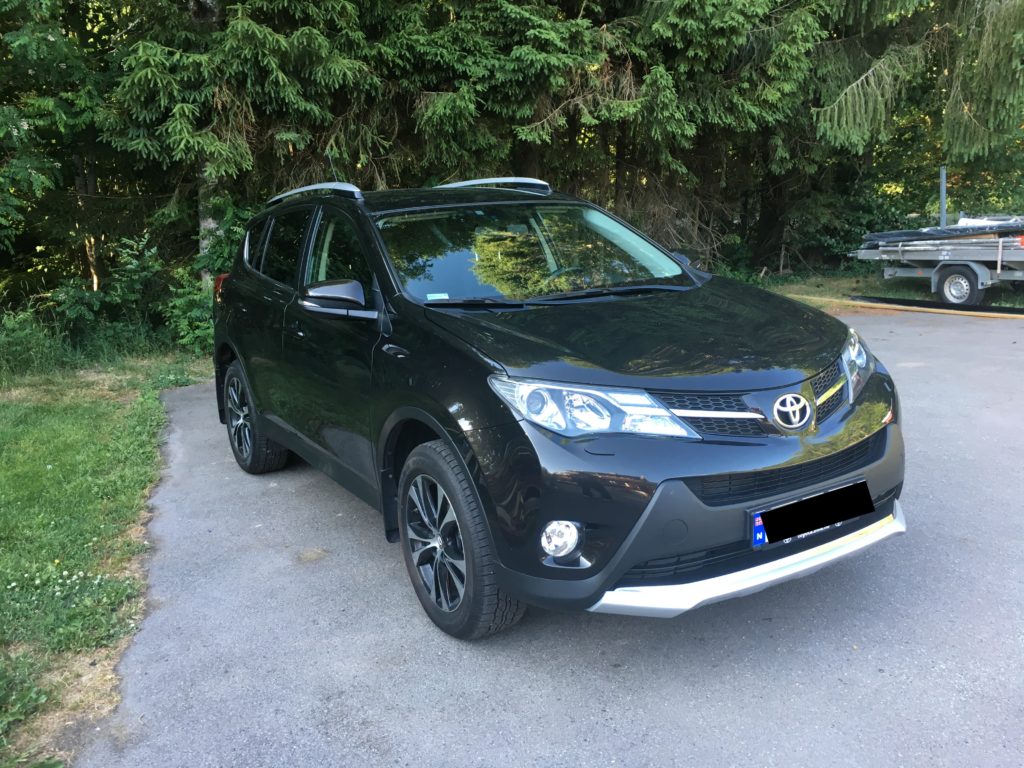 This thing is a dream and I’m over the moon excited! Having driven an automatic the last couple of years, going back to stick was…well, it was actually quite fun.

I need to drive it a bit to get back the feeling of stick, but that’s no problem, I could spend hours in this car, no trouble at all.

Catch ya’ll on my next driving break, lol